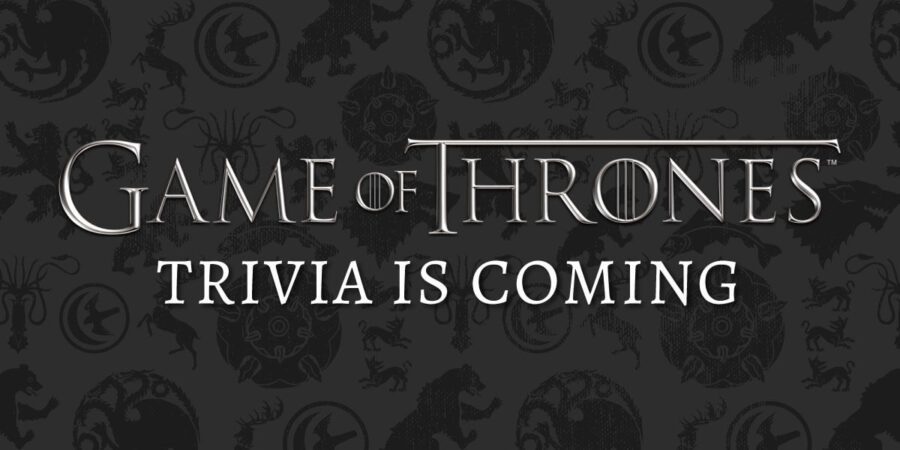 Thanksgiving is approaching fast! Take a break in the kitchen and go to trivia night!

Are you a big fan of Game of Thrones?? If so, tonight is your night! Head over to Brewlando at 7pm for Game of Thrones Trivia! It’s been a while since we’ve done this theme so make sure to check it out!

Gather the family and load up the Benatar! We are taking a trip to the MC Universe! Tonight at 7:30pm, join us at City Pub Orlando for Marvel Trivia! From heroes to villains and everything is between!

Time to rock out to your favorite jams! Join us at Three Odd Guys Brewing tonight at 7pm for Rock Music Trivia! Miguel is your host and has a very fun evening planned for you!

General Trivia at The Porch South Orange at 7pm

General Trivia at 4th Street Bar and Grill at 7pm

General Trivia at The Back Nine Lakeland at 7:30pm

General Trivia at The Porch Winter Park at 7:30pm

Thanksgiving Food: Turkey contains this amino acid which makes you tired but probably not enough of it to really put you to sleep.

Movies: What country does Forrest Gump travel to as part of the All-American Ping-Pong Team?

Modern Slang: If you enjoy two people together and encourage them to have a romantic connection, you “this” it.

All About Wine: White wines are only made from this whereas reds often include the skin as well.