Give Our Regards to Broadway Trivia 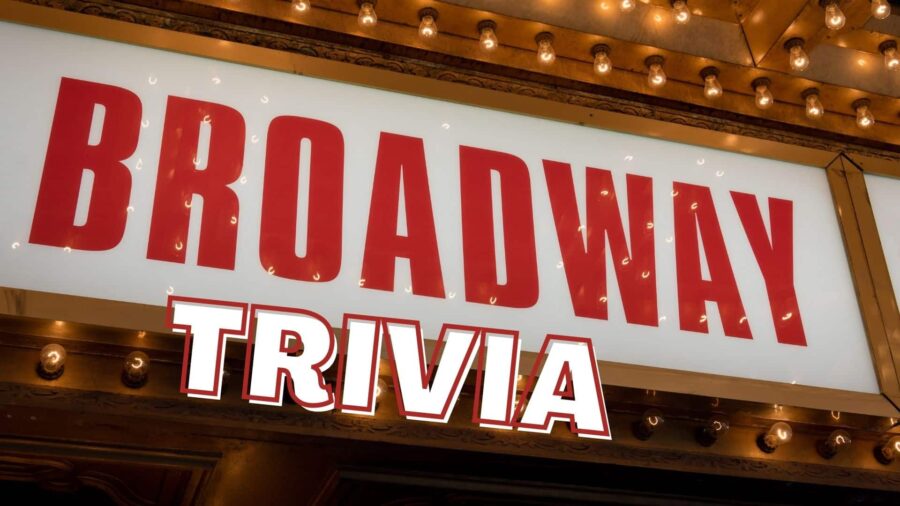 The Great White Way is calling your name tonight!

From Phantom to Chorus Line, Hamilton to Chicago, all of the biggest Broadway hits are on tap tonight at 4th Street Bar & Grill with Broadway Trivia. Curtain goes up at 7.

At City PUB Orlando, we’re celebrating America’s First Cartoon Family: The Simpsons! Be there at 7:30 for all things Homey, Marge, and the who crew.

Don’t forget your lightsabers for Star Wars Trivia at The Porch South Orange. Obi-Wan, the Mandalorian, A New Hope, and everything in between is on the table starting at 7.

For General Trivia, we’ve got you covered at Duffy’s Waterford and Three Odd Guys Brewing at 7 and at The Porch Winter Park and The Back Nine Lakeland at 7:30.

Broadway: What bubbly blonde actress originated the role of Glinda in Wicked?

Amusements parks: What candy themed park is located in Pennsylvania?

Rivalries: What company introduced the Xbox to rival Sony’s PlayStation?

Rock and Roll Hall of Fame: Who was the first Beatle inducted as a solo artist?