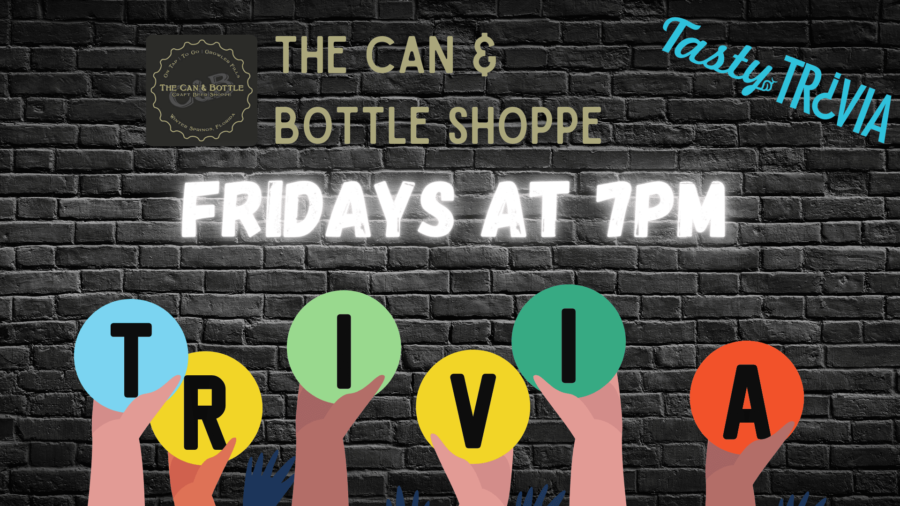 Get out of the house, drink a beer, and play some trivia!

Swing by the Can & Bottle Beer Shoppe at 7pm for General Trivia Night! Invite all your buddies out and spend some quality time together all while playing some trivia!

Child actors: Millie Bobby Brown is one of the biggest young stars of today thanks to her starring role on this Netflix sci-fi 80s series.

Let’s get some shoes: Some of the first running shoes this company made were inspired by waffle irons

Bands and food: This punk/alt rock band from the mid-90s through early 2000s is best known for the hit singles Girl All the Bad Guys Want, 1985 and High School Never Ends.

Florida history: This Spanish explorer made the first textual records of Florida in 1513.

Previous PostLooking for a Musical Monday?
Next PostNew Venue Alert!